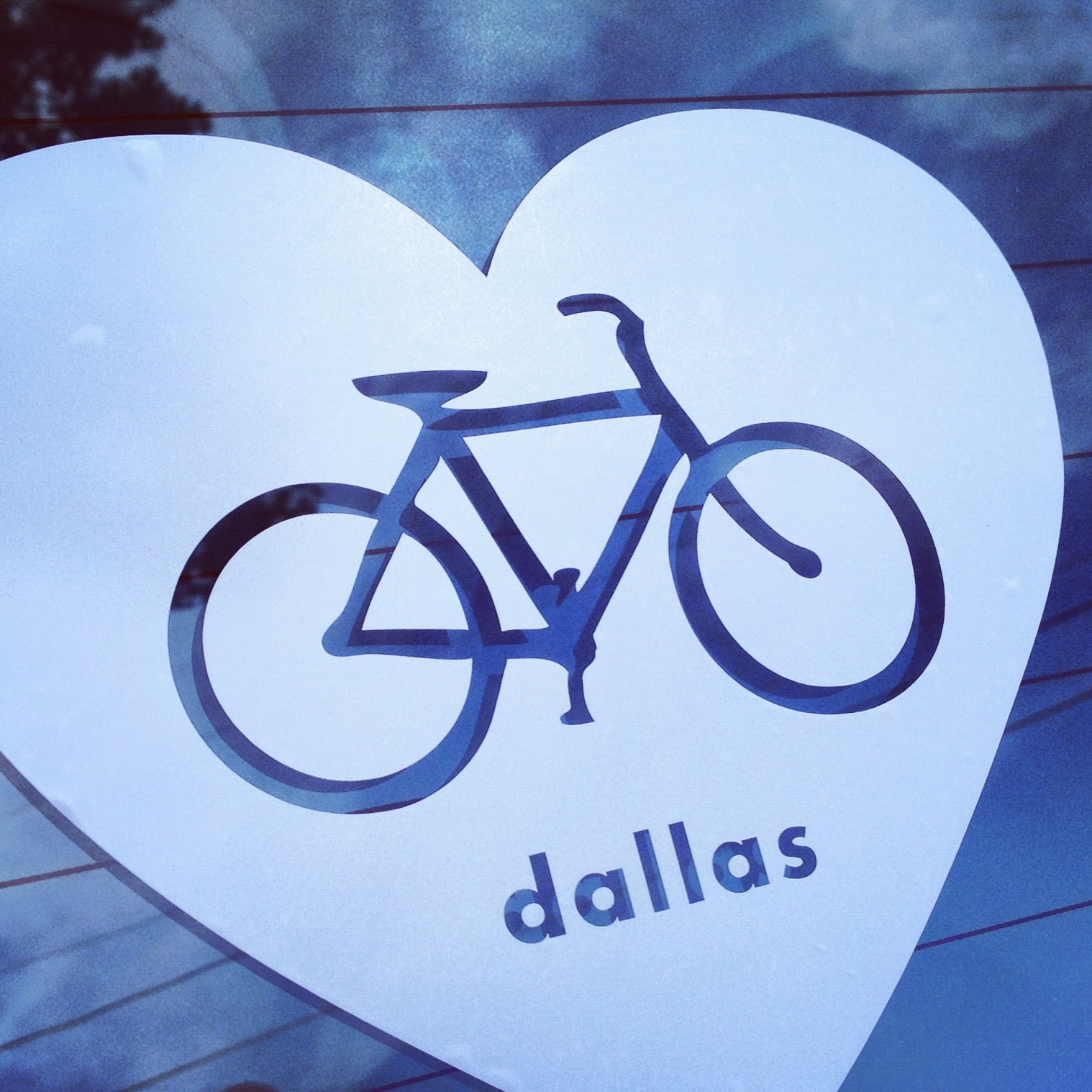 Bicycle advocacy in America today is a funny thing. We have lots of statistics—old and new, dubious and true. We’re long on emotions, opinions and flared tempers, but we’re pretty short on reasonable discussions and smart, practical policies for the long-haul. I guess it’s not unlike politics today.

As a CyclingSavvy instructor, I am wary of jumping into bicycle advocacy. I don’t want potential students or potential partners to be turned off by my opinions on bicycle advocacy. I just want folks to get a good, solid education and use CyclingSavvy techniques in whatever way that they are personally comfortable. I put aside my politics when I teach, and I don’t want to disenfranchise anyone who might otherwise support adult cycling education.

However, I’m frustrated with the advocates that we currently have for bicycling in America. They are too willing to sacrifice safety and equality in the pursuit of increased participation. In other words, they seem to be scheming to woo people who are not cycling at the expense of those who are. They ignore their own logic blunders: promoting flawed ideas, then demanding fix upon fix for the predictable consequences. The result is a Rube Goldberg mess that confounds our entire system of movement and undermines the defensive driving practices I teach to enhance my students’ safety.

We need better advocates. We need advocates that promote Equality first, supported by infrastructure that is intuitive, useful and attainable. So, despite my reservations to jump into the fray of bicycle advocacy, here I am working every spare moment I have to help launch I Am Traffic.

Some have been quick to deride I Am Traffic as “Vehicular Cycling 2.0.” Uninformed people think that about CyclingSavvy, too, so I’m not surprised. As 21st century Americans, we’re desperate to put things into buckets, whether they truly fit or not. For American bicycling, the default buckets are “Infrastructure” vs. “Vehicular Cycling.” 1 In the mind of most folks involved in advocacy, there’s simply no third way.

However, I believe we have a valid third way. Instead of simply focusing on one broken tool to transform our cities, we have a portfolio of efforts that we call the 6 E’s. We envision our cities as places where a Culture of Respect flourishes and all citizens enjoy the use of our public roadways equally, regardless of chosen conveyance.

Living in the Now

Today, American cities have roadways that connect to all points. Even in the most “bike friendly” cities, bicycle-specific infrastructure is a small fraction of the total roadways. If today—right now—I would like to ride my bike to work, to the coffee shop, to school, to church, or to lunch, a bicycle-specific facility is likely not available to get me there, so I need to use the existing roadways in the safest manner possible. In most states and cities, I have the legal right to do this. Additionally, I would like to travel in the most direct manner to my destination as possible, and I would like to be treated with respect no matter what route that I choose.

Streetscapes such as those found in Amsterdam and Copenhagen are often pointed to as models for American cities to adopt. Riding in these cities is a (mostly) pleasant experience, and it would be incredible to have the high bicycle ridership rates that these cities boast. But it’s important to recognize that the high ridership is not entirely the result of the infrastructure. There are numerous other factors: cost of driving; geographical features; land use; availability of transit; historical reliance on bicycling and sociopolitical disposition that drive both mode share and enthusiasm for quality infrastructure. I have personally spent a lot of time riding in Amsterdam. It’s a great city that I would definitely enjoy living in. However, the reality is that my city, Dallas, won’t be transformed overnight, next year, or even my lifetime with a complete bicycle-specific network that reaches all destinations. I live in the now, and I want to use my bicycle today.

“We have to start somewhere!”

The “start” that is pushed by urban planners and bicycle advocates is bicycle lanes on existing streets. However, most bike lanes are not better than nothing. They have safety implications that cannot simply be wished away. Bike lanes dramatically increase risks of intersection conflicts: right hooks, left crosses and pull-outs. They are often painted in the door zone of parked cars — a fatal hazard for bicyclists. There have even been numerous cases of “drift” crashes, where a distracted motorist drifts into the bike lane and hit a bicyclist who was previously irrelevant. I find it morally reprehensible that planners find it acceptable to install  facilities that put bicyclists– especially their primary target: inexperienced and unaware bicyclists–at risk.

Given my opinion about bike lanes, some people might be surprised to know that I love well-designed separated shared-use paths. Shared-use paths can provide direct connections to important parts of town, help avoid steep hills, and are relaxing, rejuvenating, beautiful additions to our cities. If well-designed at intersections and crossings, no traffic patterns are violated and new cyclists and children have a low-stress route to get their bearings.

Where current advocacy fails is at the end of the path. There’s no doubt that it would be splendid to have door-to-door shared-use paths for every possible route, but that doesn’t exist today, nor is it likely in our sprawling suburban cities or crowded urban cities. Advocates who are focused on facilities simply have no answer–besides fear–for those who’d like to ride their bicycle today.

The solution for today, right now, is driving my bicycle on roads that are comfortable for my skill level. It’s not impossible, doesn’t take super human bravery, and is simpler than skeptics believe. Educated and empowered cyclists don’t have to wait for someone to roll out the green carpet to enjoy their city today. They can use paths as desired to expand their route options, but they are capable and confident to continue to their destination without worry if there will be special facilities along the way. Educated and empowered cyclists have chosen Possibility.

Ending the Culture of Speed

While Education is a powerful force for individuals, I know that it can’t stand alone to make our communities better–especially in cities dominated by the Culture of Speed. Harassment by even small numbers of motorists and rogue law enforcement can be a real, and scary, reality in many cities. Dallas suburbs, for instance, are built for high speed traffic with no low-speed grid network. Motorists in these areas are grumpy, angry, and short-tempered (often from their miserable commutes). Law enforcement rarely supports or protects the bicycling minority, and instead tends to support speed-centric beliefs, regardless of the actual laws. These are not pleasant places to ride in the street, no matter how confident you are as a cyclist.

I do not believe the solution for these cities is to relocate slow moving traffic out of the way. Segregation reinforces two ideas that the Culture of Speed holds dear: 1) the roadways belong solely to high speed motor vehicles, 2) only high speed traffic is important. Underlying the Culture of Speed is the attitude that bicycles are toys and the grownups in cars need the toys out of the way so that they can go on about their important work. As we’ve seen repeatedly, infrastructure built for bicyclists by that culture does nothing more than shove us aside at our own expense. (See my Commute Orlando blog post entitled, Second Class in Toronto.)

I believe our cities would be healthier for everyone if we fought for a Culture of Respect. The Culture of Speed accepts an alarmingly high number of fatalities and destruction due to distracted driving, drunk driving, and road rage—over 30,000 Americans are killed each year by motor vehicles. The Culture of Respect, on the other hand, supports and promotes a place that is safe for our families and is a healthy place to live. I believe we need leaders that say that enough is enough, and that our roadways are not battlegrounds. The increasing sense of entitlement to drive motor vehicles has allowed the Culture of Speed to take over our roadways with no accountability.

Cities such as Amsterdam and Copenhagen already have this Culture of Respect, and, in my opinion, it’s not because of bicycle-specific facilities. Consistent, logical facilities work well in these places because there is already a great respect for individuals, regardless of mode of transportation. In these cities, good laws and consistent Enforcement put the lives of pedestrians and cyclists in a high regard. From my observations, cities such as Toronto, New York, and London do not have an existing Culture of Respect, so bicyclists are often confronted with anger, violence, and other forms of harassment.

The city in my dream is a city that supports and respects all users of the road. It’s a place where my friends and neighbors are comfortable using their bicycles to go to work or the pub no matter what route they choose to get there. It’s a city that offers route choices—respecting bicycle drivers as normal on any type of road while offering a robust network of quiet streets and shared-use paths that connect neighborhoods, schools, parks, and shopping. It’s a city where our leaders make it clear that the Culture of Speed is not welcome and will not be tolerated. It’s a city that isn’t fooled by dangerous and complicated traffic engineering schemes, but one that supports consistent, logical infrastructure where appropriate.

9 thoughts on “Of Reality and Dreams”