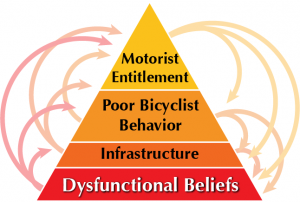 A cycle of endless finger-pointing with little hope for resolution resulting from bad experiences in which neither party understands the root cause, so can only blame the other party. Learn more.