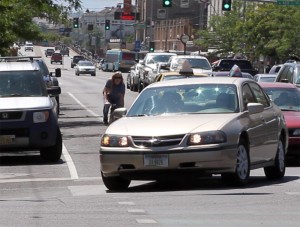 A colloquial term for an intersection with bike lanes striped to the corner, creating a conflict between turning motorists and bicyclists proceeding straight. (AKA suicide slot)